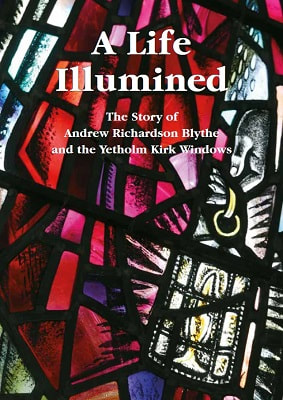 Andrew Richardson Blythe (1851-1933), a relative of Yetholm’s gipsy king Charles Blythe, was born in poverty and, at the age of three, had his arm amputated after a shooting accident. Despite such inauspicious beginnings he became a much loved and respected school-master to the shepherd’s children living in remote upper-Coquetdale. He never lost touch with his birthplace and after 50 years of work returned to Yetholm and was recognised as a pillar of the community. He commissioned the beautiful windows which can be found in the kirk, of which he was Session Clerk, and which were designed by Scotland’s finest 20th century stained-glass craftsman, William Wilson.

This short book tells the story of this remarkable man and the thriving but sadly lost Cheviot farming culture in which he lived and worked. It also gives the background to the Kirk Yetholm windows themselves, some of the finest in the Scottish Borders.